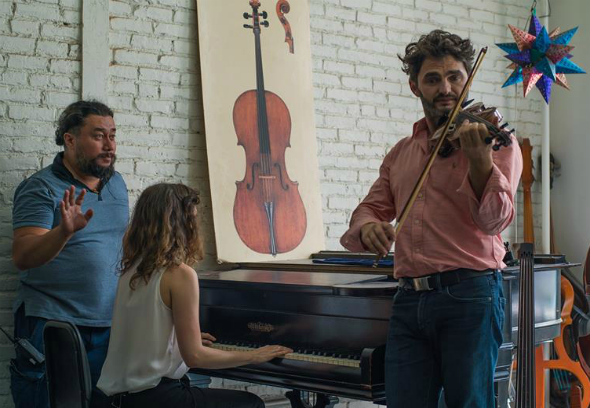 The short film «Violin» is longlisted for the Academy Award for Best Live Action Short Film.

These days the Academy of Motion Picture Arts and Sciences is viewing the longlisted films, and then the shortlist of pictures for the most important award in the film industry will be created.

«I am tremendously happy for the creators of the film. This entire trilogy dedicated to the Holocaust is a wonderful work, performed by Russian and world studios, by producer Alexey A. Petrukhin and director Konstantin Fam. These short films, Shoes, Brutus and Violin, are marvelous, wonderful, and touching. They get to your very core and make tears come out of your eyes, by being so honest, so true, so full of passion. They are works of great quality. I wish Kostya and his entire studio the best of luck from the bottom of my heart. I think they chose the right language to speak about past times. And the actors' performances are on top. So, in my personal opinion, not only the picture has a good chance to enter the shortlist, but also to with the golden statuette»,